Last October I wrote this piece about air mail letters, or aerogrammes as they are also known. I had just learnt that they have not been available in the UK since 2012. I was planning to send pre-Christmas greetings to a handful of friends overseas but figured that the extra steps of finding air mail paper and envelopes, and having to sort out the postage for each country, would put me off.

As things turned out, I did dig out some air mail stationery and sent more than a dozen handwritten letters to friends and family, overseas and in the UK.  I received handwritten replies from most of them, including the following, all the way from New Zealand. It is the first actual aerogramme that I have received in the 21st century. 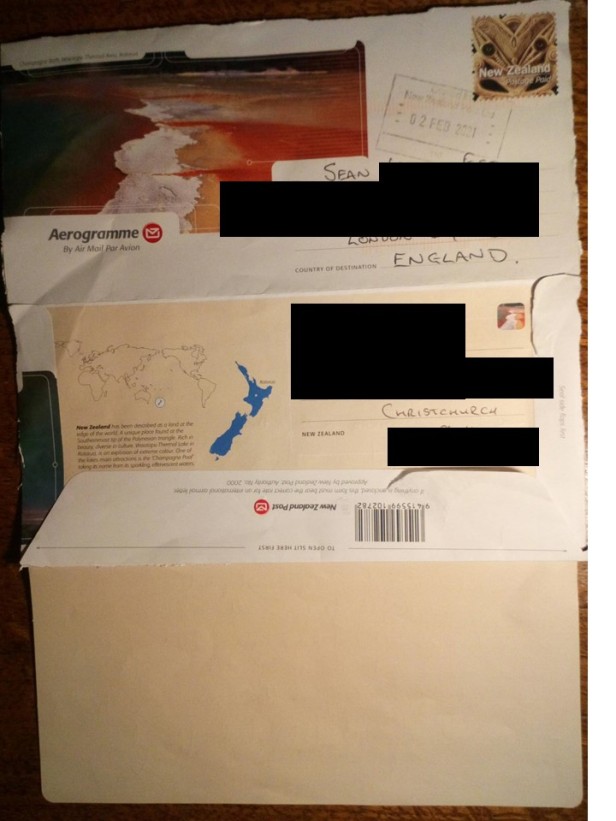 I have blanked out the address details as you can see, but you might be able to make out the postmark: 2 February 2021. It arrived nearly a month later, on 1 March. If the letter was really sent by air (a 24-hour journey at most) I wonder where it was the rest of the time. 26 days is a long time for a few grams of paper to be sat in sorting offices nearly 12,000 miles apart